If the GPU Acceleration Mode is active, there can be color loss in certain areas of
the image.
This happens especially when some chroma noise reduction has been applied.

If chroma noise reduction is set to the far left position, the problem is gone, but there is still a
very slight reduction in color saturation apparent. 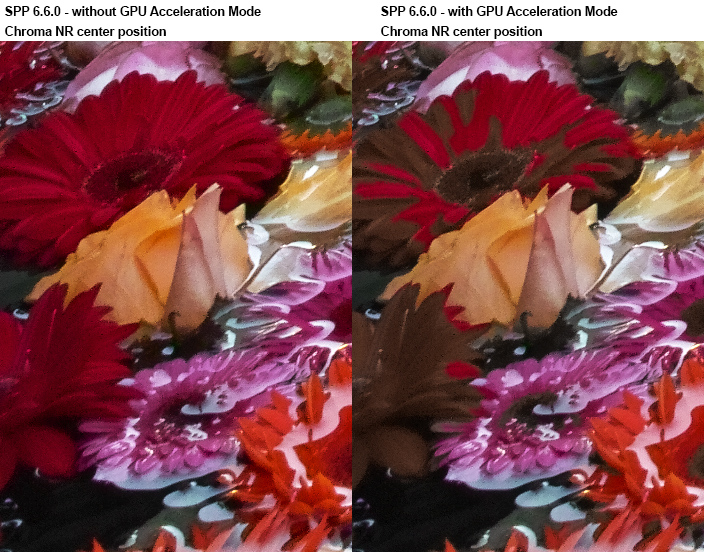 There are still many discussions about the pronounced micro-contrast of the Sigma "Merrill"cameras.
Some love it, others criticize it and prefer the softer look of the "Quattro" generation.
There are claims that, because of the harsh look, the "Merrills" are not good for portraits but better for landscapes etc.

The fact is: It's your decision if you want the image to be harsh or smooth. It's all "hidden"
in Sigma Photo Pro.

There are three main settings that affect the micro-contrast of the image:

Lets have a look what this means in a real world sample:

Here is an "underexposed" and an "overexposed" photograph of the same scene.
(bracketing on a tripod) 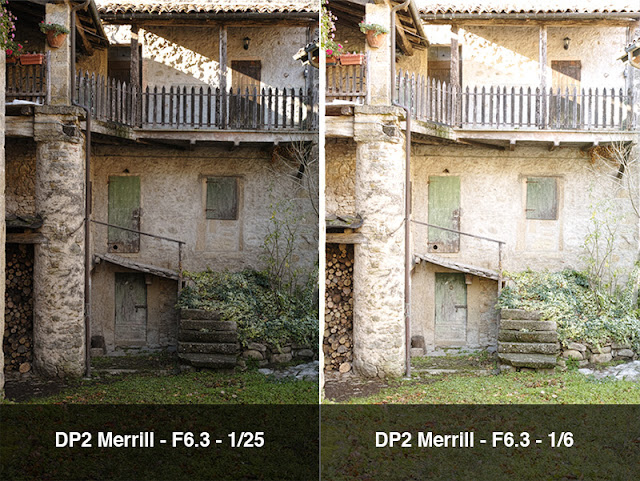 Lets bring them to the same brightness in Sigma Photo Pro: 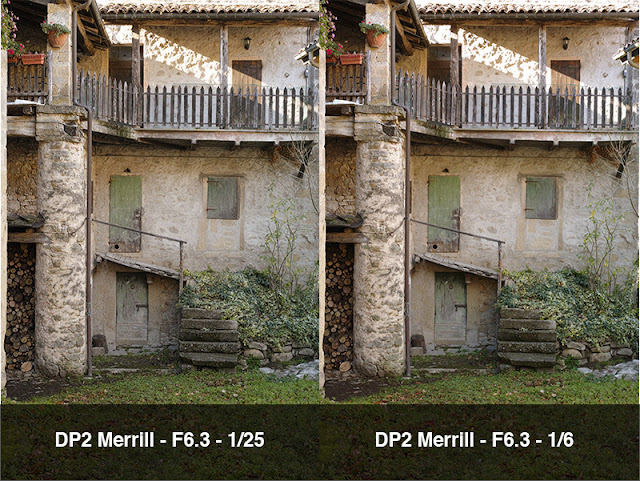 They look similar now. Now let's take a closer look at the ancient door:
Clearly visible that the lesser exposed image on the left has less color and stronger micro-contrast. 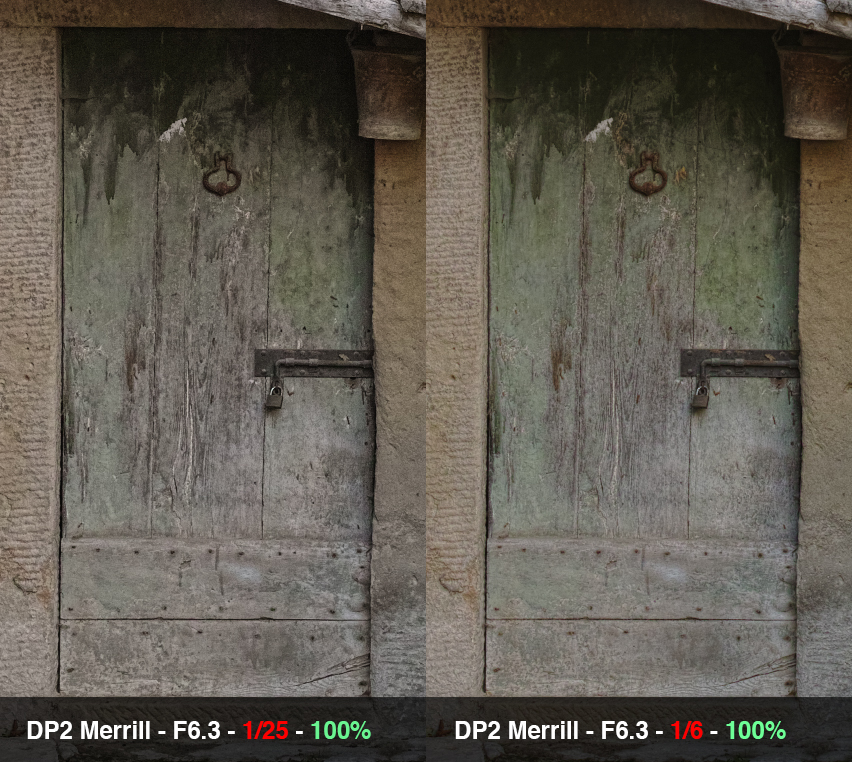 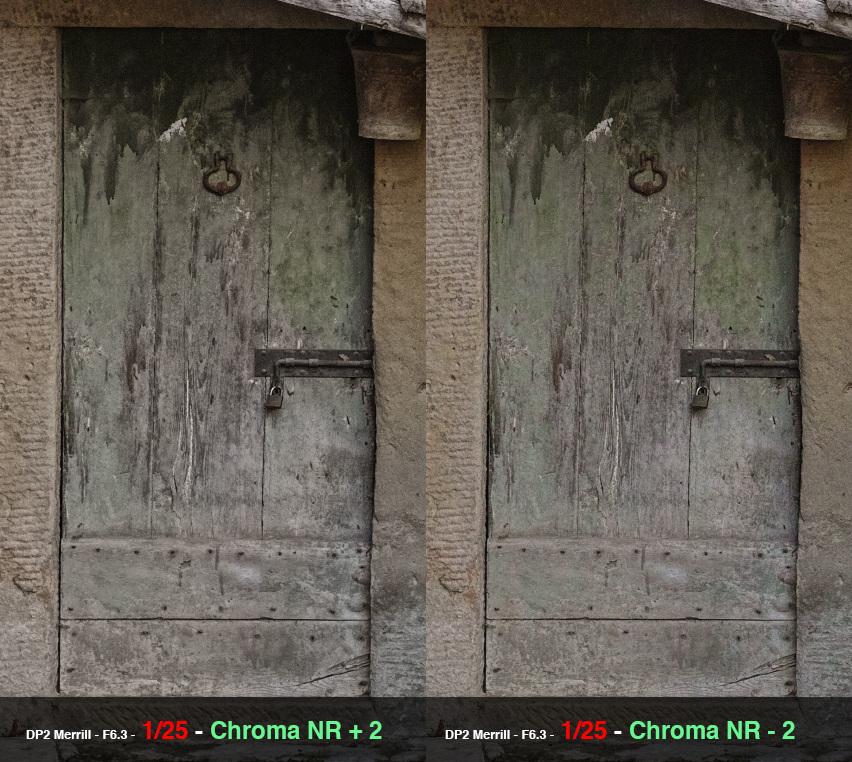 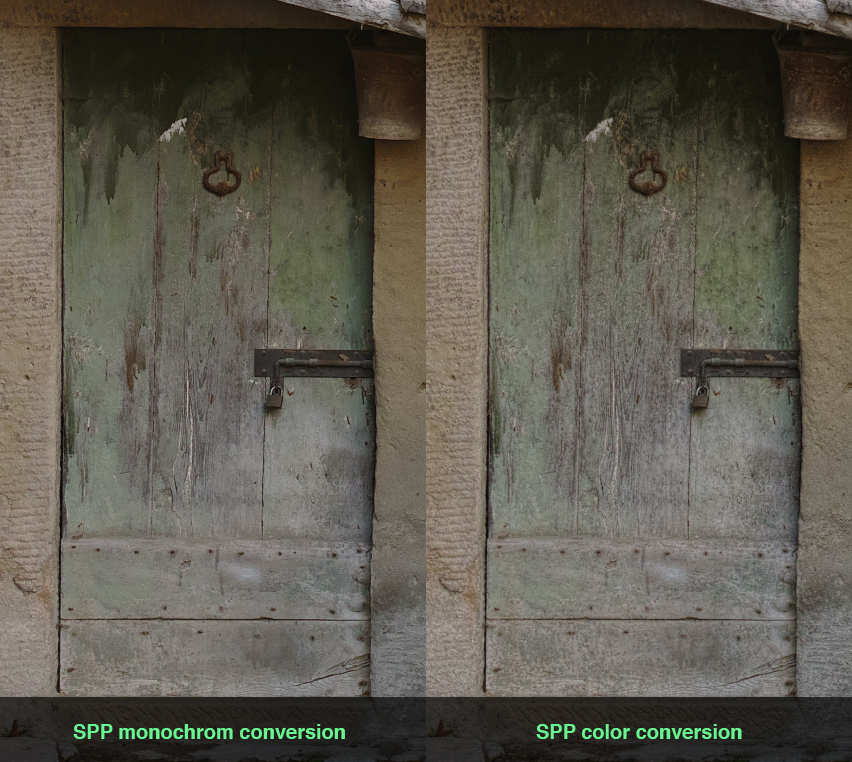 And finally the two extreme samples side by side
Left: more exposure and monochrome
Right: less exposure plus maximum chroma noise reduction 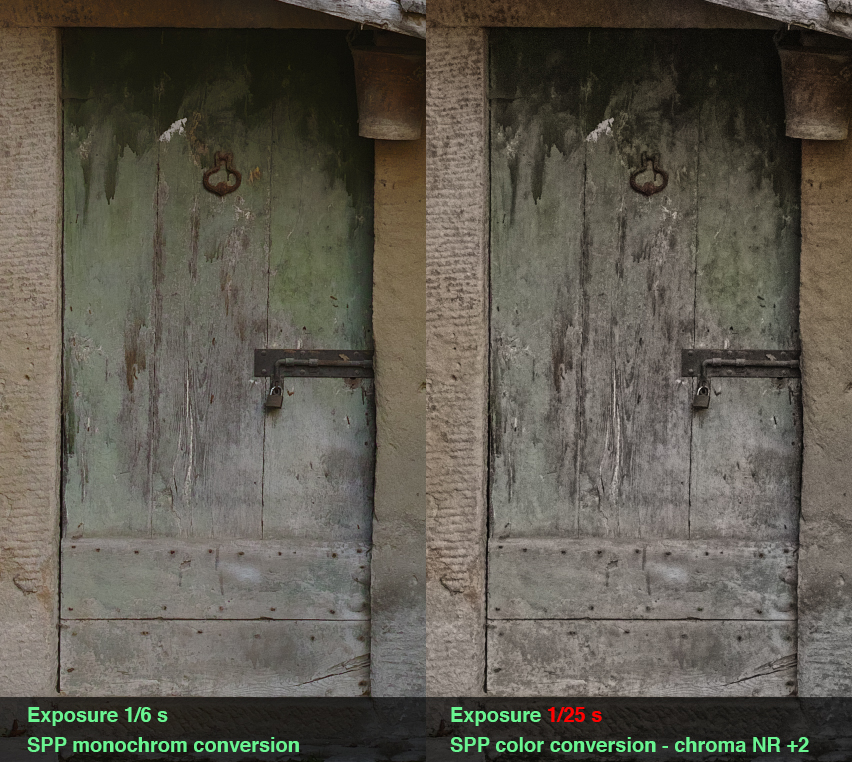 Conclusion:
These different methods can be used, tweaked and combined to get exactly the look you want.
Sigma gave us, presumably unintentional, a very powerful tool with the Merrills and Sigma Photo Pro. It's almost as if you have different cameras in one device.
Unfortunately, all the described options are gone with the Quattro generation.

Quattro’s 2-pixel noise artifact finally gets some attention at dpreview.

I addressed this issue more than 3 years ago already in that forum.
I called it „ants“, „flecks“, „spots“ or „2-pixel noise“ 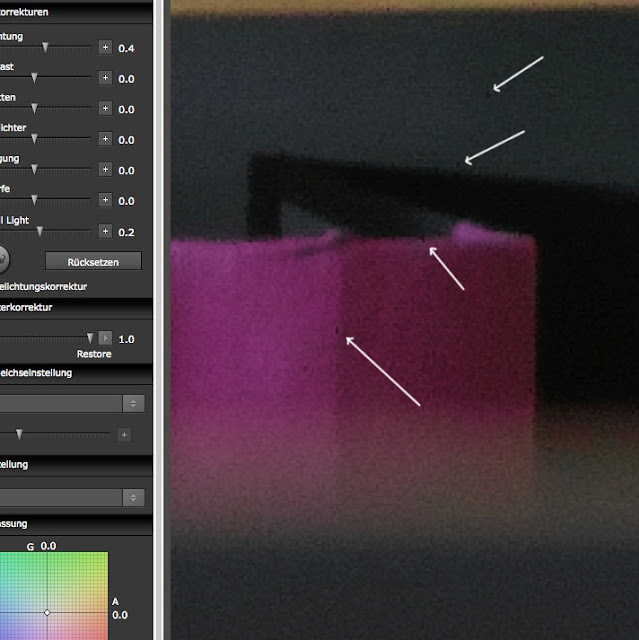 In march 2016 the problem was not solved: 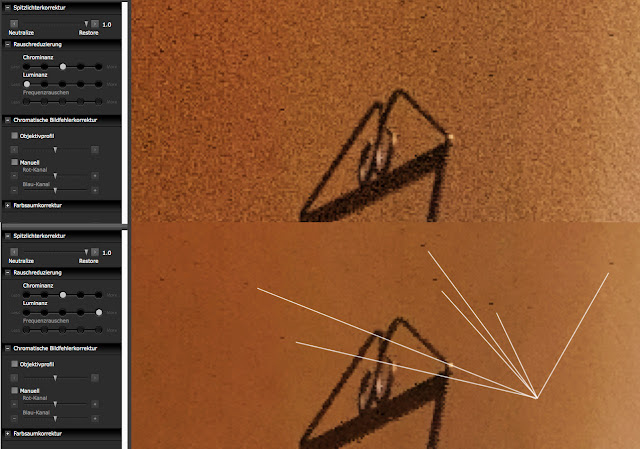 It seems that only forum member tagscuderia recognized this error also and mentioned it repeatedly.

„As a dp0 owner let me say that the 2-pixel crawl artefact was evident from day one and has been touched upon on here... but seemingly only Maceo and myself could see it?! We did however both independently report it to SIGMA with examples“

Probably he won't be heard again.

How to avoid/minimize color casts using vintage lenses on the SD1 (Merrill)
(thanks to user 'motionride' from bilderforum.de)

The Sigma SD1 is known to have problems with vintage lenses. Depending on the lens and aperture setting, you get strong color shifts/vignetting.

Previous generations SD9/SD10/SD14/SD15 do not show this behaviour, or only very little.
Until now, the procedure has been as follows:

With the SD1 it has been found that color shifts can be minimized by setting the camera aperture to the same aperture as the lens.

How does it work?

1. Use the standard method:
-Set your SD1 camera to A mode and set it to F1.0
-Set your preferred aperture on the lens (for example F5.6) and the camera will display the correct exposure. (for example 1/250)
The exposure will be correct now but unfortunately this causes color shifts.

2. Remember the suggested exposure time (1/250) and switch your camera to M (Manual Mode)
Now set the time to 1/250 and set the aperture to the same aperture as on the lens (F5.6 in this case)

3. Shoot and be amazed how the color shift has gone.

The following screenshots from SPP show the difference between the two methods.


Even though the same exposure time and aperture was used for the images, the color shift is virtually eliminated:

The DNG implementation seems to be poor and only usable at very low ISO:

Look at the difference between the sd Quattro H and the good old dp1 Merrill at ISO 1600:


Forum comments are uncritically, as usual. 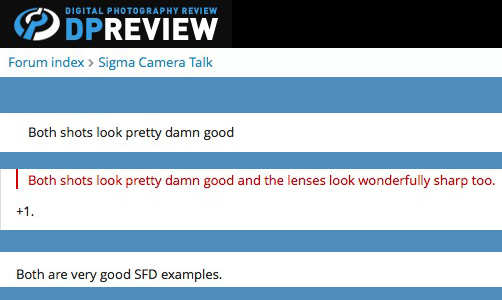 Big discussion on dpreview...
https://www.dpreview.com/forums/post/59286776
...about the "shadow quality" and colors based on a DP2m photo that is underexposed by 2 stops. 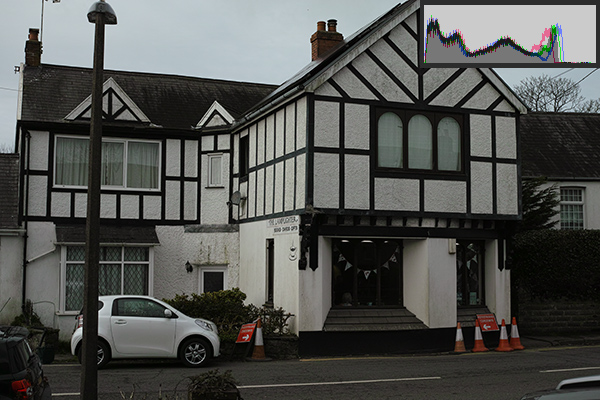